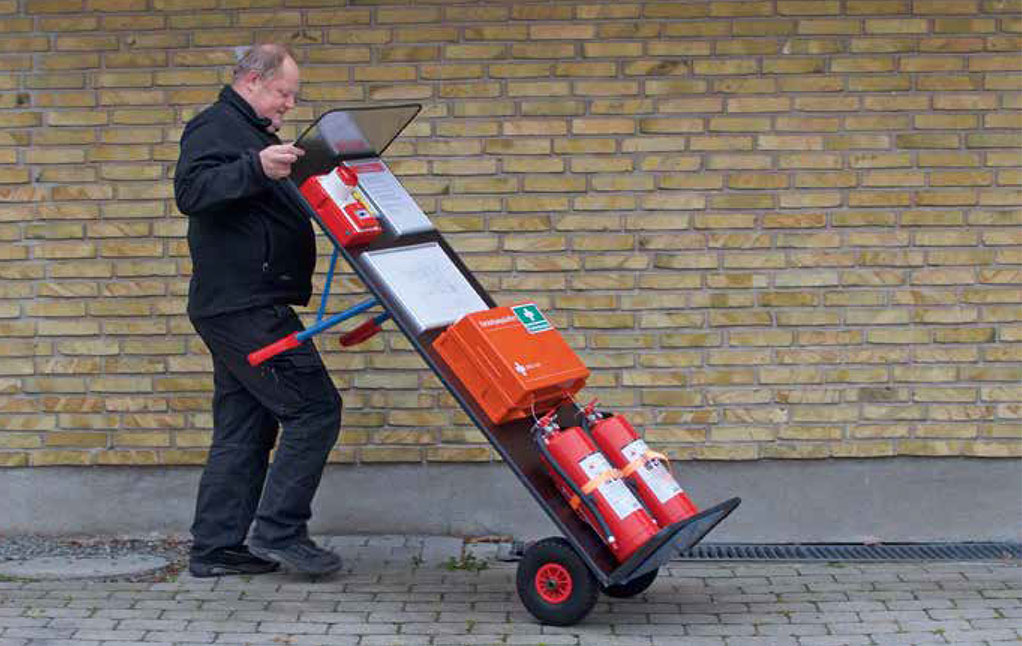 Expensive fires at construction sites may become a thing of the past with mobile, wireless detectors.  The technology is already on the British market and is now on its way to the Danish market, too.

When renovating a building such as an old mansion, one of the first steps is to remove all of the fire safety installations. Next, a group of workers comes in and maybe alters the old electrical installations and often performs hot work. It is almost as if one is actively seeking to start a fire.

In the future, however, it will be possible to protect renovation and construction work with a fire-safety system that uses mobile detectors to pick up heat, smoke or gas to protect a building from fire while the project is underway. In Denmark, several companies have introduced new solutions to the market, and GearTeam is one of them.

– The product comes from England, where, just like Denmark, they have had problems with fires and accidents at construction sites, says Jesper Løvbo, the CEO of GearTeam.

A simple and effective solution
The solution was developed in a collaboration between an English construction company and an electronics producer, and it was therefore designed to address the challenges found at construction sites.

– The system consists of a call point and detectors that are connected wirelessly and can be mounted with two screws. This means that they are easy to use and move around at the construction site, which is always expanding and transforming. The design is simple and is focused on user-friendliness, so that the people at the building site can set them up on their own and connect them to the basic unit located in the foreman’s office. The units run on batteries that have a lifetime of three years, explains Jesper Løvbo.

The call point and detectors can be separated and connected by the hundreds. The basic unit controls the various secondary units, sends messages to the foreman and developer in the event of the alarm, and it can also indicate exactly where in the building an alarm is triggered so that the fire department knows where to go. The individual units detect both smoke and heat.

– In this way, they are better than the fire guards that are required the day after hot work, because the guards cannot see a smouldering fire in the underlying construction. By pressing a button on the detectors, the people at the site can also issue an evacuation alarm, Jesper Løvbo says.

Furthermore, the detectors are able to function with other systems. For example, when building out or on, they can communicate with the ABA system in the existing building so that people inside can also be evacuated in the event of a fire. The system can also communicate with access-control systems at the building site so that barriers automatically go down in the event of an evacuation.

Huge potential in the technology
The hope is that the new solutions are able to improve safety at Denmark’s construction sites, which have traditionally been plagued by fire and accidents.

– We have had big fires at construction and renovation sites here in Denmark. Not only do they delay the project, but they also result in huge damage costs that we naturally would like to avoid. We believe the mobile detectors may be able to prevent some of the damage, says Peter Dræbye, a risk engineer for the Danish insurance company, Codan Forsikring.