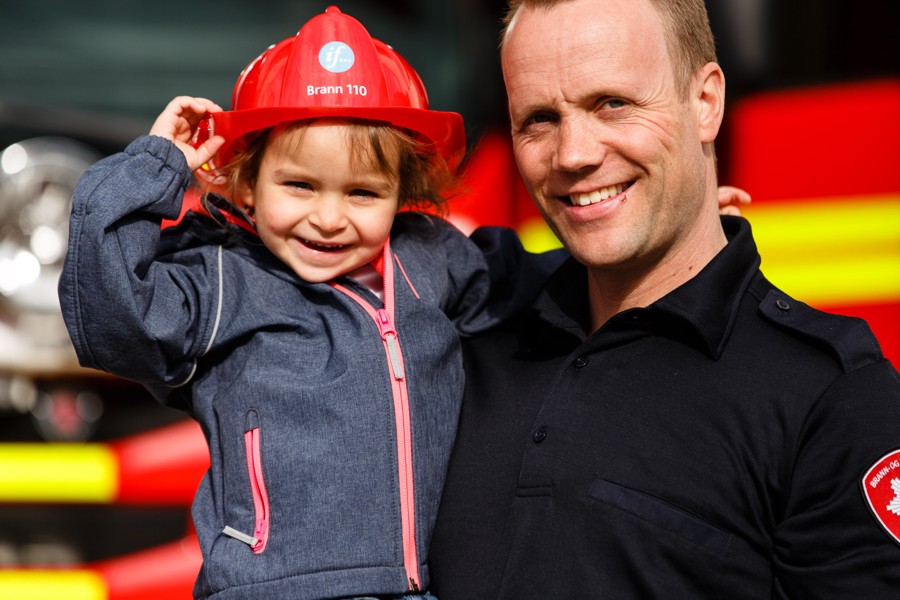 About 250.000 people visited 350 fire stations with open day during Norway’s Fire Prevention Week in September. In addition, over 700.000 people joined a National Fire Drill as a part of the campaign.

The Norwegian Fire Protection Association has arranged fire prevention weeks every year since 1986, every year with main focus at fire safety in homes. Since 2002 they have purebred a concept of open day at the fire stations, where children and their parents can learn about fire and preventive measures. The number of visitors has been growing every year, from less than 100.000 in the beginning to about 250.000 this year.

The short-term goal of the Fire Prevention Week is to influence children to question the fire safety at home. A long-term goal is to increase general knowledge and awareness of fire safety, and to increase frequency and quality of fire drills in both businesses and private households.

The campaign is a cooperation with the Norwegian Directorate for Civil Protection, If P&C Insurance Norway and municipal fire departments all over the country, and generates many positive mentions in both press and social medias.