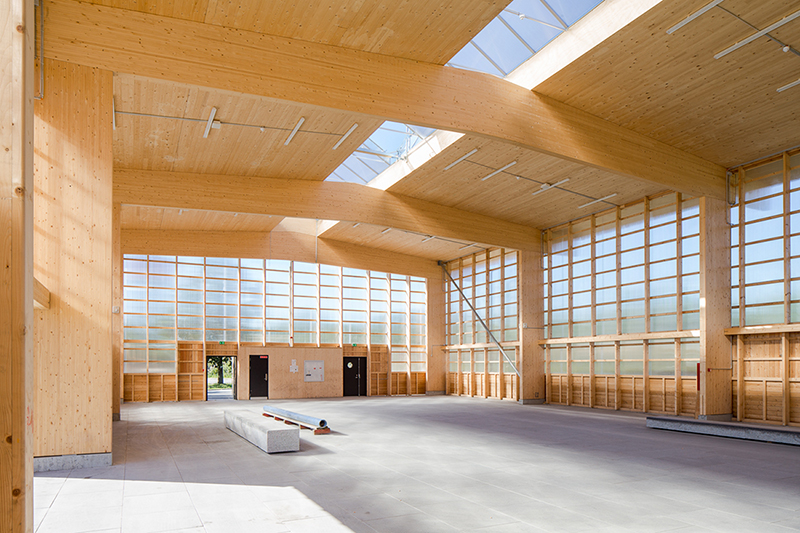 There is considerable evidence that timber will become an even more important construction material. In recent years, several researchers have been investigating the strength and fire safety properties of cross-laminated timber, and it is hoped that newer versions of solid timber elements will, by and large, be fire-resistant.

Is it possible to use more timber in building constructions? That is an exciting question which preoccupies researchers in timber around the world. Dr. Richard Emberley from California Polytechnic State University in the USA has, for example, carried out research into the self-extinguishing abilities of burning timber, and Danish architect Kristine Sundahl is investigating the role of materials, particularly timber, in architecture for her Business PhD.

– A major problem in the area is that large swathes of the population perceive timber as a flammable material that isn’t safe to live in. However, the type of timber we are working with today is completely different to the lightweight constructions of light timber used previously, says Dr. Richard Emberley.

Construction material of the future
The two researchers agree that there are exciting opportunities in construction elements made from cross-laminated timber, also known as CLT. Cross-laminated timber is a solid timber element comprising a number of different layers placed perpendicularly on top of one another. The weaknesses are evened out in the cross-lamination so that the bearing capacity is distributed. The layers are glued together with solid timber elements that have substantial rigidity and strength as well as being extremely dimensionally stable.

– There is a lightness in timber, and it has many excellent properties which make it suitable for use as a surface. It is rigid and strong and good for covering long expanses, such as horizontal division structures, floors and ceilings. Moreover, timber is more environmentally-friendly to produce than both concrete and iron and it provides an excellent indoor climate, explains Kristine Sundahl.

On top of that, solid timber elements weigh less than concrete, which means that you can make do with a smaller and less expensive foundation. According to Dr. Richard Emberley, the large transversal sections that can be produced from cross-laminated timber make it possible to utilise the timber’s ability to self-extinguish.

Self-extinguishment
Indeed, the ability to self-extinguish is a subject on which Dr. Richard Emberley has carried out research during his PhD project.

– The term self-extinguishment is used when the energy provided by the flames is not sufficient to break down the material and the fire needs an external source of energy in order to keep going and destroy the timber. Thus, you could say that the fire suffocates itself, says Dr. Richard Emberley, who goes on to explain that the solid timber elements are compressed so tightly together that it provides a high degree of fire resistance in both load-bearing and partitioning structures.

CLT solid timber elements provide such good fire safety that it can be compared to non-flammable construction materials. CLT does not burn, rather it carbonizes slowly and at a predictable speed so that its bearing properties are maintained for a long time.

The construction industry awaits
The strength of solid timber elements, combined with the ability to self-extinguish, make it possible to use timber in construction to a far greater degree than previously. And, research is still being carried out into the properties and limitations of solid timber elements in several places around the world, Dr. Richard Emberley informs us.

He has contributed to the research himself by, for example, carrying out a number of both small and large-scale trials whereby different sizes of rooms constructed from timber were ignited. The purpose of the trials was to determine the extent to which timber can ideally be compressed in order to make it fireproof.

However, Kristine Sundahl believes that re-establishing timber as one of the major construction materials will be a long, drawn-out process. She is following research around the world where the focus is on finding the right quantity and composition of glue while, at the same time, experiments are being carried out on joints, moisture and the spread of fire.

– Architects and engineers are, in a way, biding their time with regard to the testing of CLT and are awaiting the results of, for example, research and experiences gleaned from the buildings of solid timber elements that have already been constructed.  However, it takes time to change a tradition in the construction industry, says Kristine Sundahl.