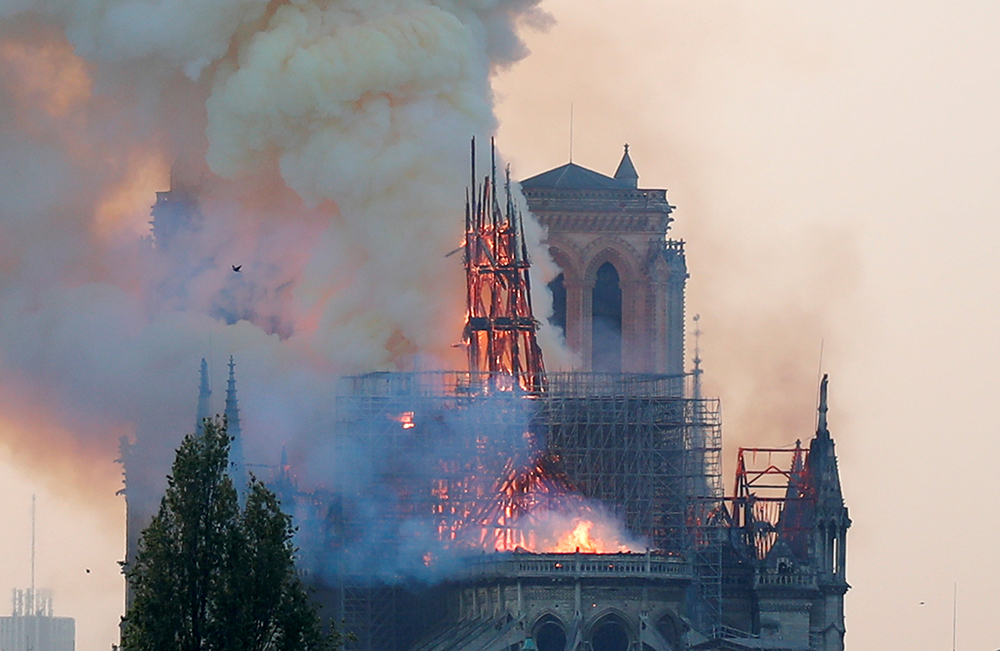 During the fire at Notre Dame in Paris, alerting the fire department was delayed by approx. 25 minutes. This time-lapse may have meant that the fire went from being a problem to a catastrophe.

A complex technical fire safety system, no direct connection to the fire department, human error and a delay of approx. 25 minutes seem to be the reasons why the fire which ravaged Notre Dame in Paris in April had such grave consequences. Now that the smoke had dissipated, the task of identifying what happened has commenced, and several interesting things have emerged from the ashes and been reported in the newspapers Le Monde, Le Canard Enchaîné and the New York Times.

As a national treasure, Notre Dame had its own fire alarm system. It was a rather advanced system which had been developed and designed specifically for the church over a period of six years. Among other things, it consisted of an aspiration system which was installed in 2013 with detectors on the ceiling of the church where the fire broke out. And the system was functional. Because when the fire began to develop, presumably as a smouldering fire, it gave off an alarm.

The fire department was alerted after 30 minutes
But unlike automatic fire alarm systems in some other countries, it was not connected directly to the fire department. Instead, the alarm went directly to the church’s own fire-detection unit. And it was not just any alarm. The complex system sent an equally complex alarm: “Attic Nave Sacristy ZDA-110-3-15-1 aspirating framework”. This referred to a zone in the church and a specific detector which had gone off in a system of more than 160 detectors and manual alarms.

The employee who manned the system and received the alarm had been on the job for three days and was on his second consecutive eight-hour shift. He misinterpreted the alarm and sent a guard to the loft of the small sacristy, which is next to the church itself. He also called his manager who did not pick up the phone. It took 25 minutes after the first alarm went off before the manager called back, the error was discovered and the guard was sent to the ceiling of the actual church. He then quickly instructed the church’s own fire-detection unit to call the fire department. By this time, 30 minutes had passed since the first alarm had gone off, and 25 of them had been wasted by searching for a fire in the wrong place. In the meantime, the fire had begun to spread undisturbed in a loft which was constructed from oak beams which were several hundred years old.

A fatal delay
This is a critical time delay in relation to what emergency services can do in the event of a fire.

– In a building of this age, the difference is whether a fire can be extinguished or merely controlled, says Tim Ole Simonsen, who is Director of Operations and Fire Chief of the Greater Copenhagen Fire Department.

He emphasises that he is not familiar with the exact details of the sequence of events of the fire in Notre Dame, but adds:

– A delay of this calibre will typically mean that there is a lot of smoke which makes it difficult to get to the fire, and there may be the danger of the structure collapsing. If you arrive quickly, you can sometimes extinguish the fire at an early stage. If more time passes, putting the fire out can take 12-24 hours. A delay of 25 minutes is fatal in this respect.

– When the systems were introduced many years ago, it is likely that it was taken into consideration whether they should be connected directly to the fire department. But modern automatic fire alarm systems can actually be calibrated so that they never give false alarms in practise. The system in Notre Dame was modern, and for this reason, false alarms should not have been expected from it. It may seem strange that the fire department was not alerted immediately. Roof fires develop in seconds, and a delay of 20-30 minutes is a long time in this context, says Tim Ole Simonsen.