The DISASTER Project is now half-completed and, so far, has resulted in […] 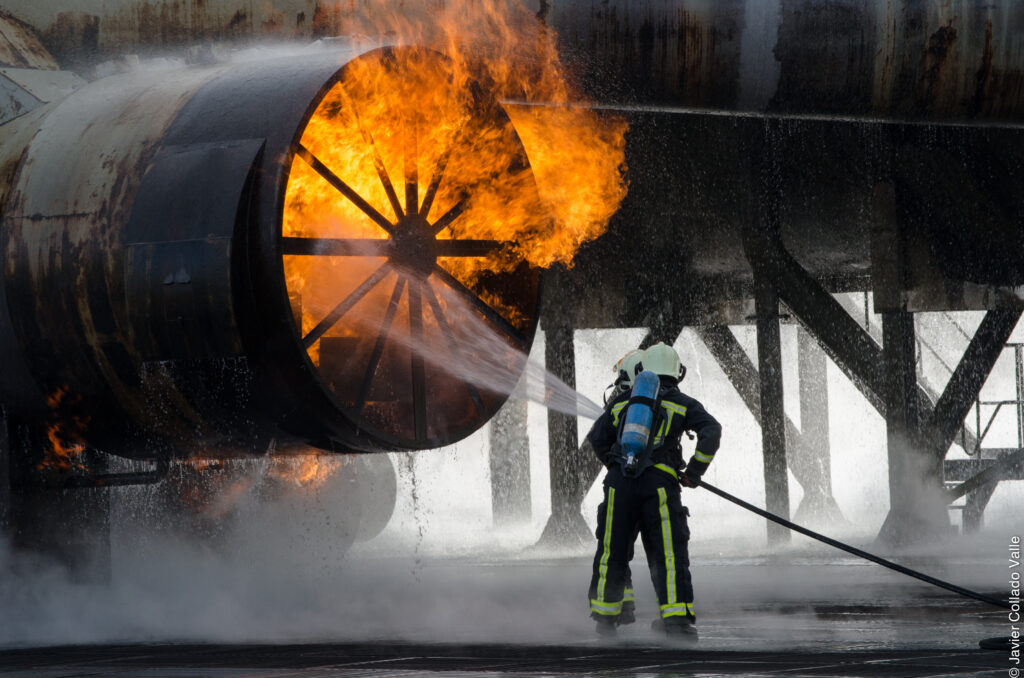 The DISASTER Project is now half-completed and, so far, has resulted in computer simulation and a data model that can translate symbols. Both have the ability to improve European emergency services across national borders.

An aeroplane crashes into the Øresund Bridge. It is now up to the Danish and Swedish tactical emergency services to jointly coordinate emergency operative preparedness. Communication will be monitored throughout the entire process. For, even though there is a Danish and a Swedish chief emergency director communicating with one another, there has been no plane crash and the operational forces are only sitting at their computer screens. You see, it is purely a simulation. The computer simulation is one of two products that will emerge from the DISASTER Project, which will come to an end in January 2015 and which DBI is part of. The main aim of the project is to improve communication between the national emergency services in the EU.

Natural disasters don’t respect national borders
The second product is the actual DISASTER data model, which is a symbol translator. It translates symbols from, for example, the German emergency services’ IT system to the Dutch symbols.
– The symbols for, for example, fire, HAZMAT, natural disasters, fire engines and equipment differ from country to country and, in some cases, even between the different regions in the countries, explains Jesper Florin, safety adviser with DBI and associated with the project.
It may seem a somewhat limited need we are seeking to meet. For, how often are the emergency services of two countries required at the same time?
– The need is widespread in connection with natural disasters, for example. Forest fires and floods don’t respect national borders. However, it could also be relevant in the event of a plane crash where information on, for instance, cargo loads is needed quickly and in a version that is understood universally, says Jesper Florin.
For example, an aeroplane from Turkey carrying toxic material crashed in the Netherlands. The emergency services at the site of the crash simply didn’t get to know about it and they subsequently became ill.

Provides an insight into preparedness
The DISASTER data model has already been tested twice in connection with major exercises in the Netherlands.
– Last year, we tested the module during an exercise at the airport in Twente. It was an early version of the module, but even then the emergency services thought that the concept was a good idea. This year we tested a more mature version during a major exercise at Schiphol. However, the results from that test are not ready yet, explains Fanny Guay, Project Manager in DBI’s Research and Development Department.
The module will be tested again next year. However, with the simulation program, you don’t need to move heaven and earth in terms of preparedness in order to carry out an exercise using DISASTER. All it requires is the involvement of the special operations commanders from two different countries. And they can do it from their usual place in the office.
– With the simulation, you can train the communication between the countries in the event of different scenarios occurring. And then you can add the DISASTER data model and see the effect it has on the result of the scenario, explains Jesper Florin, adding:
– But even without the DISASTER data model, the simulation model can reveal any breakdowns in communications or bottlenecks. If, for example, a telephone isn’t answered for five minutes in a crisis situation, you have found five minutes that can be spent saving lives instead.  So, the simulation doesn’t just provide an opportunity to measure the effectiveness of the DISASTER data model, it also provides an insight into your own system.

Spread the message
Once the project is completed, both the DISASTER data model and the simulation program will be made available to all European emergency services, free of charge, after which they will be able to get an IT developer to develop specific scenarios. However, neither the DISASTER data model nor the simulation program will get used if people don’t know about them. Therefore, DBI, who are responsible for the dissemination of the project, have a huge task ahead.
– The results of the project are beginning to emerge now. Therefore, we are focusing on spreading the message. We are doing this, for example, by getting speaking time at as many conferences as possible and involving as many experts from various emergency services as possible. We will use feedback and input to make the solution more usable. At the same time, we are spreading awareness, says Fanny Guay.

… stands for Data Interoperability Solution At STakeholders Emergency Reaction. It is an EU-financed research project, the aim of which is to improve communication between different emergency services in emergency situations. The project is running from February 2012 until January 2015. Besides DBI, institutions from Spain, the UK, the Netherlands and Germany are participating.