Batteries and fire hazards making their way into our buildings

Batteries are making their way into our buildings. Here, they collect energy […] 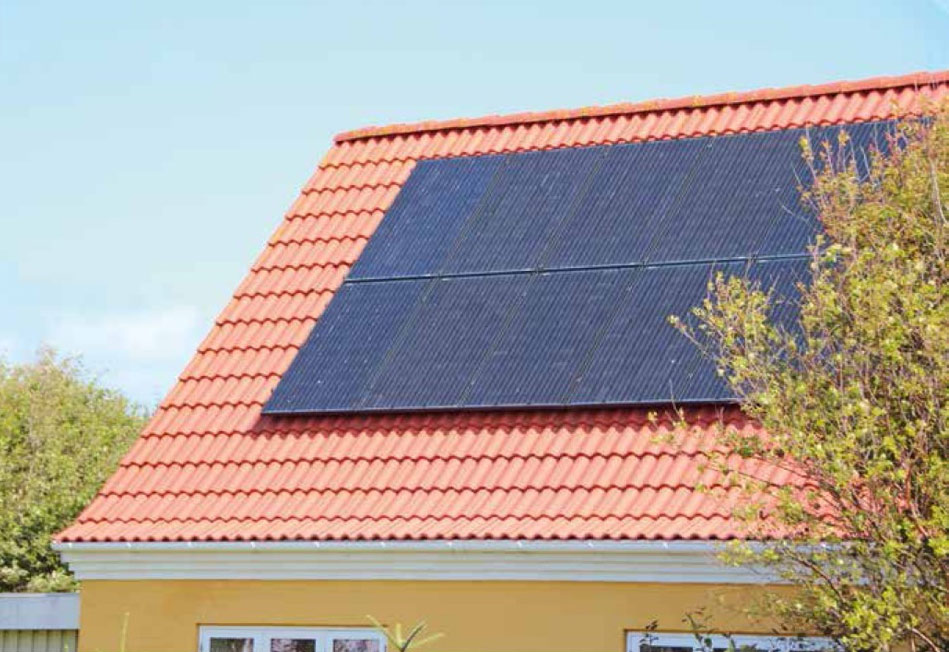 Batteries are making their way into our buildings. Here, they collect energy from solar cells and provide us with smart energy consumption. However, they also constitute a fire hazard that is difficult to manage and, in actual fact, there are no regulations governing this area.

It makes good sense to store power. If you have solar cells on your roof, you can store energy during the day and use it in the evening and during the night. In particular, house-owners with solar cells installed under the new scheme which dictates that power from solar cells is used in the same hour as it is produced, can only sigh at such an opportunity. Not to mention the even greater potential in being able to store power from wind turbines which we currently export abroad for a pittance whenever the wind blows. This greater potential lies some way off in the future but solutions with large batteries for buildings, so-called power packs, are advancing at great speed – particularly in the USA.

The batteries will be installed in buildings where they will be used to store power from the solar panels on the building or to purchase power when prices are low – typically during the night when demand is low – to be used later when prices increase again. This phenomenon is called ‘peak shaving’, because you are shaving the top off the price of electricity, and there is the potential for saving large amounts of money.

However, installing such a large energy-storing component in a building is not necessarily without its problems. Especially not when the fire properties of the different types of batteries are largely unknown.

Explosions and flammable gas
There are many types of batteries that use different chemical components, all of which react differently to fire. One of the most commonly found types of battery is the lithium-ion battery that you see in various American power packs and also in the Tesla Powerwall. It has become popular because it is lightweight and is able to store a lot of energy in relation to its size. It also functions well when it is recharged and the power can be stored for longer periods without losing any voltage. And then, it reacts to heat.

– If a lithium-ion battery gets too hot, it will, at some point, experience ‘thermal runaway’, meaning, for example, that the electrolyte in the battery vaporises with the result that eventually the cell will no longer be able to contain the pressure. Many batteries have a safety mechanism in the form of ventilation if the pressure gets too high which prevents the battery exploding, explains Petra Andersson, who is a senior researcher in the Fire Research department at the SP Technical Research Institute of Sweden and who has carried out research into lithium-ion batteries and fire.

Toxic gas and difficulty extinguishing
A battery can heat up if it is overcharged or used incorrectly. A Battery Management System (BMS) is intended to prevent this. However, it can also happen if a fire breaks out in a building in which a power pack has been installed. Different lithium-ion batteries have different electrolytes which react at different temperatures, but a battery temperature of around 100 degrees results in a risk of gas being emitted.

– If the gases from the battery escape when there is already a fire in the room, the gas is ignited immediately. If there is no source of ignition and the gas escapes from the batteries, it will accumulate as the individual cells, which make up large lithium-ion batteries release it, thus causing a bigger and more serious explosion, explains Petra Andersson.

A lithium-ion battery doesn’t just emit flammable gas when it gets hot or burns. Depending on the materials in the battery, it also releases large number of toxic gases, for example, hydrogen fluoride which, even in small doses, can be life-threatening.

And, as if flammable gas, the risk of explosion and toxic gas wasn’t enough, there is also the small detail in lithium-ion batteries that they are difficult to extinguish if they happen to catch fire. Tests from the USA show that even though a fire in a battery has apparently been put out, some cells in it can experience ‘thermal runaway’ and flare up again hours, days or even weeks after it has been extinguished. At the same time, thermal imaging of the battery will not show whether it will flare up again or not.

More research needed
As mentioned previously, different batteries have different fire properties. But, irrespective of which type of battery it is, there are no rules governing the set-up of batteries in the Danish Building Code or standards for how they are to be installed with fire safety in mind. This is because batteries in buildings are a new technology.

– As far as I am aware, no research has been conducted into how you fireproof buildings with batteries or how you approach batteries in a building with a view to extinguishing them if they catch fire. If the power pack technology starts to become more prevalent, there will be a real need for more research, explains Petra Andersson.

Research is necessary because, for example, different batteries react differently to, say, water. A lithium-ion battery can be extinguished using water in reasonable amounts. However, if you spray water on a lithium battery, there is a risk that the lithium mixed with the water can develop into the flammable gas, hydrogen. In the context of fire technology, it means that different batteries require different fire technology initiatives.

– There are a vast number of considerations in this area which require investigation and research. This is because it is simply unacceptable for us, as a society, are unable to do anything if, for example, a fire breaks out in a power pack installed in a block of flats, says Director for Customers & Relations in DBI, Ib Bertelsen, before continuing:

– At the moment, we know very little about how we should tackle this. It depends a lot on which type of battery you are talking about, whether it is a large system in an industrial set-up or a smaller system in a domestic set-up, and often customised solutions will be required. Some of the options you could consider for large power packs are, for example, aspiration smoke detection systems, which are extremely sensitive and take samples of the air at regular intervals in order to detect a fire, inert gas and, potentially, sprinkling. With regard to smaller power packs, the same could apply to BS-60 cabinets. However, there is a need for more knowledge and research in the area, he emphasises.