Two exhibitions: Expoprotection This late autumn there have been to big exhibition […] 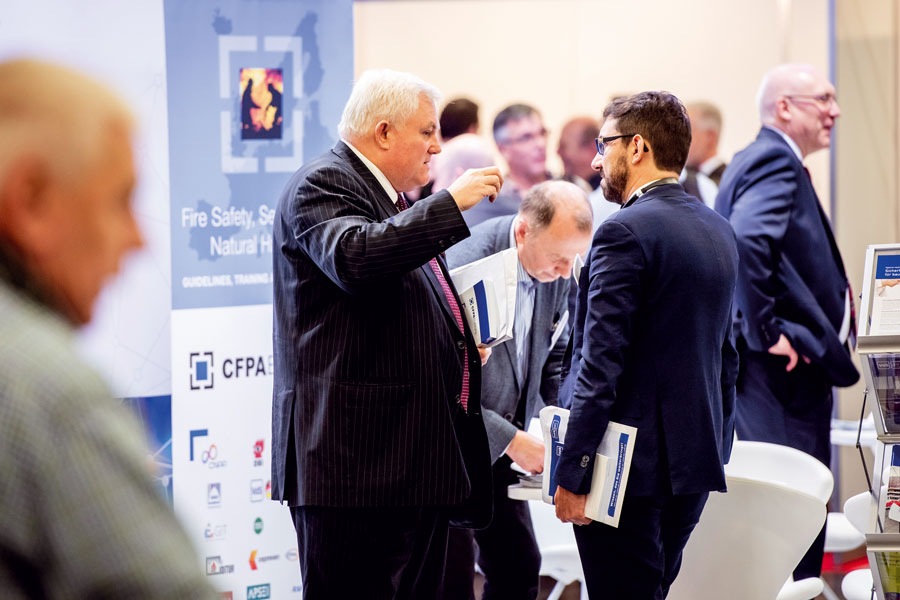 This late autumn there have been to big exhibition where CFPA Europe has been present. Expoprotection where in Paris 6-8 November and Director Tommy Arvidsson worked together with our member CNPP and CFPA E had also one side in their booth. Many visitors got interested to hear and learn more about CFPA E. 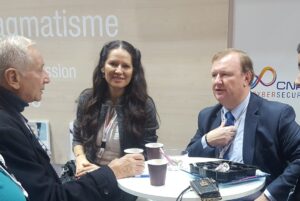 Here is Patrick Hebbelynck (right) from CNPP talking with professors Barbara and Milovan Vidakovic, both from DITUR our member organisation in Serbia.

In the beginning of December CFPA Europe joined in the booth with our member in Germany, VdS, at their international conference and exhibition in Cologne. It was very big even with even with approximately 1000 people participating the conference every day.

At the VdS-FireSafety the CFPA was represented by 4 speakers from 4 CFPA-members on quite different topics (From Grenfell Fire to Sprinkler systems and oxygen reduction systems up to Cyber security) – it shows the competency of our members:

Here is John Briggs (left) from FPA-UK talking with Miguel Vidueira from Cepreven-Spain while Tommy Arvidsson between both reviews marketing material.

On 16 November CFPA Europe’s Director Tommy Arvidsson met people from ECEUFIRE, the East Central European Fire Corporation, at a meeting host by our member organisation in Slovenia, SZPV. Besides discussions about their co-operation, there was also plenty of time to talk about CFPA Europe. 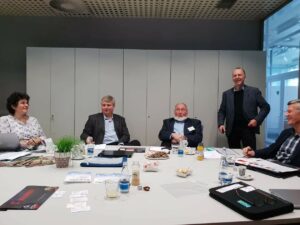 In Ljubljana CFPA Europe and Gašper Golob head of SZPV also had a possibility to meet Slovenian Insurance Association.